What an honor it was to chop it up with Actress, playwright, author and University Professor, Tisch School of the Arts, New York University, Anna Deavere Smith. We talk art, her process and the times we are in today.

“Say a word often enough, and it becomes you.” Anna Deavere Smith heard that message from her grandfather. It helped inspire her decades-long project called, On the Road: A Search for American Character, for which she has now created more than seventeen plays using the real words of people she has interviewed. In original pieces that cover topics as diverse as the school-to-prison pipeline (Notes from the Field), race-related violence (Twilight: Los Angeles and Fires in the Mirror), and health care (Let Me Down Easy), Smith takes on the voices and mannerisms of dozens of characters to tell stories about the leading social issues of our time. Other acting credentials include numerous television roles—including as national security advisor (The West Wing), hospital administrator (Nurse Jackie), and federal court clerk (For the People).

Smith is also University Professor at the Tisch School of the Arts at New York University (NYU). Her many awards and honors include a MacArthur Fellowship, the Dorothy and Lillian Gish Prize, the Dean’s Medal from the Stanford University School of Medicine, the Guggenheim Fellowship for Humanities, the George Polk Career Award in Journalism, and the National Humanities Medal, bestowed by President Obama. She is a member of the American Academy of Arts and Sciences. Learn more about her and keep up with her work at: www.annadeaveresmith.org http://www.annadeaveresmithprojects.net/ #AnnaDeaveraSmith #SoloShows #ActorWriterTeachingArtist

If you enjoy or are inspired in anyway by this conversation, please support us by subscribing to the YouTube channel Live at the Lortel. We appreciate your support and look forward to bringing you more incredible artists.

P.S. Share this with your friends and let's get through this together with JOY!

READ: How Are You Treating You? Breathe... 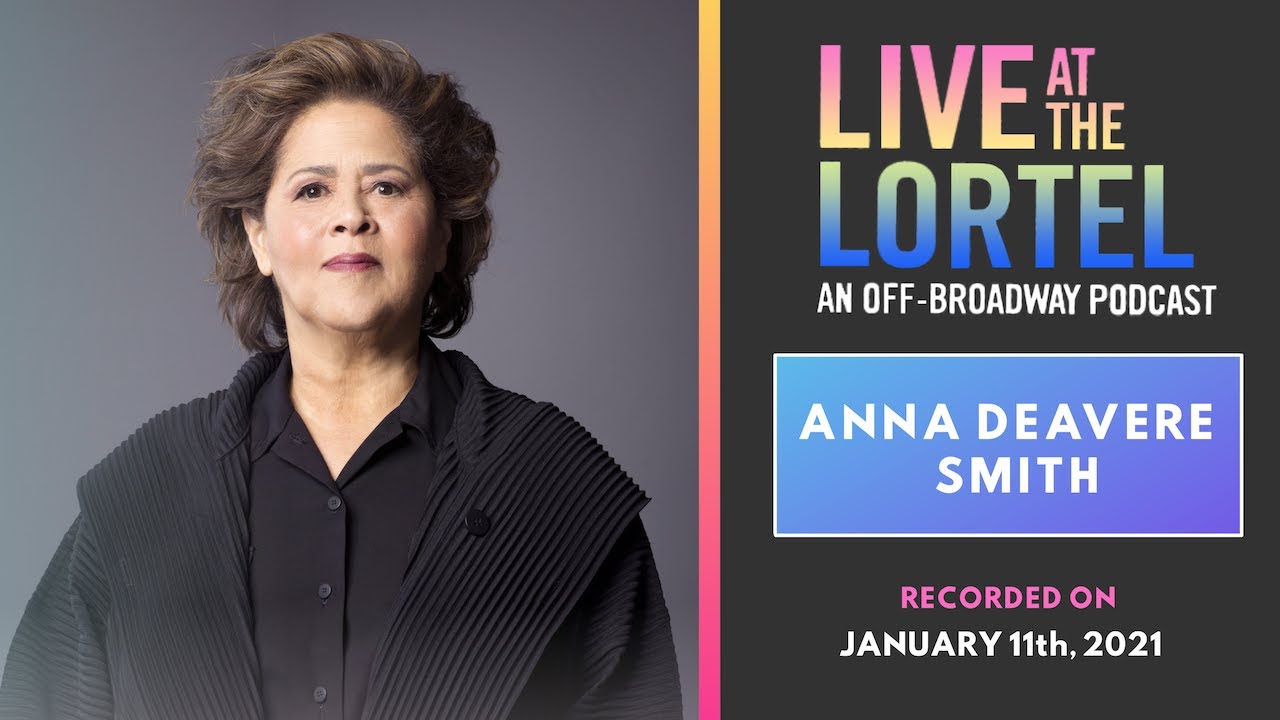 READ: I'm Co-Hosting a Podcast: Live at the Lortel